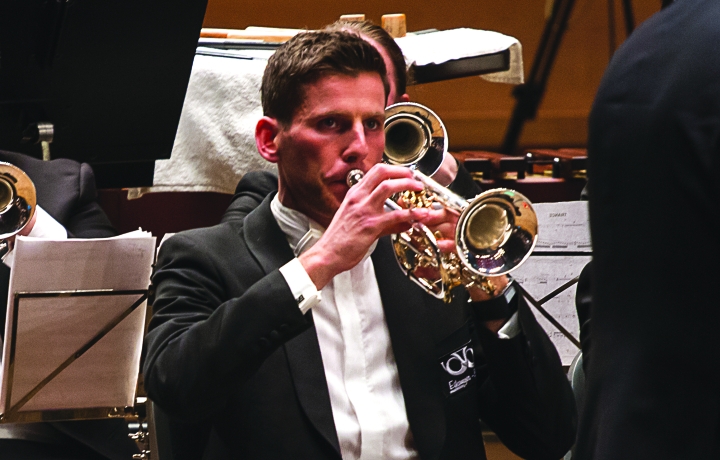 The Besson Sovereign 928T is an instrument that has been long in waiting. Essentially the same instrument that was so popular during the 1990s, it has been updated to include a main trigger slide. There are actually very few differences between the Besson Sovereign and the Prestige models. They both have the same bell size, valve block, metal, finish and tuning slides. However, the Prestige has a slightly larger bore on the lead-pipe and at the start of the shepherd’s crook.

The size of the Sovereign suits me perfectly and allows me to make the cornet sound that I want to. During a trip to the Besson factory in Germany last year, Roger Webster and I tested the prototype models that were fresh off the production line. The instrument played exactly how I expected it too, with the same excellent craftsmanship, response and intonation that I remembered from the Sovereign I played for over 20 years. However, it now has what I considered to be the missing link - the main tuning trigger.

Modern test-pieces are becoming more and more difficult, demanding the performer to play for extended periods in the high register and sometimes demand for quarter tones - as always, with full control over intonation. The Besson Sovereign 928T gives the performer full control over all of these aspects! I have always felt that you never really know an instrument until you’ve sat on stage at a big contest and come through the experience satisfied. I was delighted with the instrument at the recent Norwegian National where my band, Eikanger-Bjørsvik, edged in front its competitors and won its 15th ‘National’ title. I also recently enjoyed a successful trip to Birmingham Conservatoire, where I gave a solo recital and master class, and am looking forward to performing with it at this year’s European Brass Band Championships.

Learn more about instruments in the Besson range here