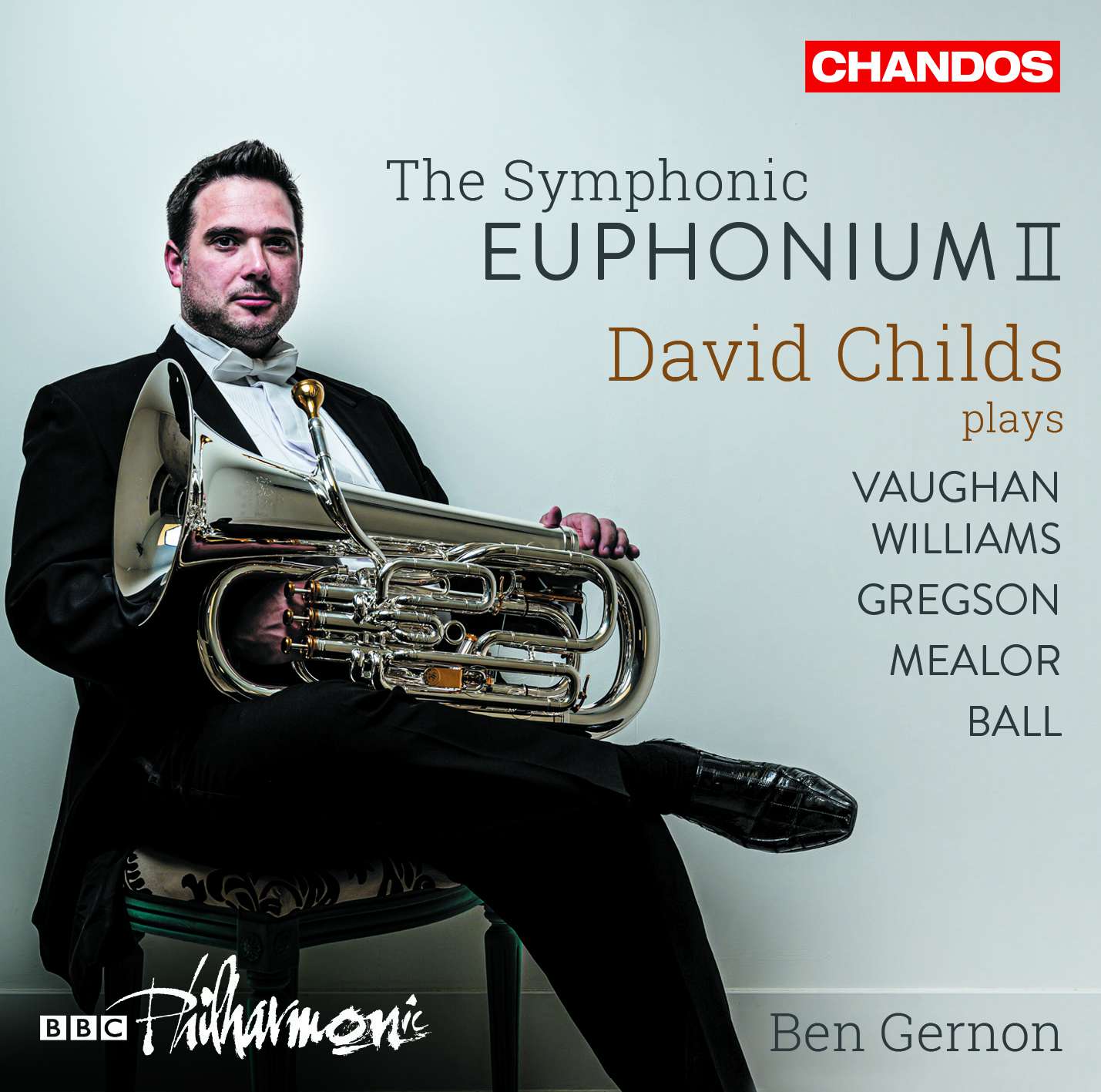 Chandos released The Symphonic Euphonium a few years ago - boy, has the second been worth waiting for! The fulcrum of the disc is Edward Gregson’s newly-minted Euphonium Concerto, a long-awaited essay from a composer celebrating his 75th birthday next year, whose Symphonic Rhapsody for the instrument was premièred by David’s father, Robert, in the 1980s. It’s a work of dazzling invention and creative brilliance, which brilliantly exploits the soloist’s musicianship within a framework of the highest creative credentials. David Childs is nothing short of breathtaking in his performance. The subtle touches of colour and shade; the instinctive responses to the music, and the remarkable levels of clarity he brings to every note make for an utterly compelling listening experience of a work that absorbs.

Some of those characteristics are shared with Vaughan Williams’ Tuba Concerto - here transposed up a fourth and reorchestrated by Rodney Newton many years after Vaughan Williams sanctioned the, until now, unrealised transcription. The music is so well-suited to the higher tessitura of the euphonium, aided in no small part by the soloist’s glorious sense of phrasing and nuance in the yearning, achingly beautiful central Romanza, counterbalanced by his perfect jauntiness in the quirky Finale.

Paul Mealor’s Concerto, premièred by David Childs in 2017, is typical of the composer’s gift for accessible melody, written with a very clear understanding of the instrument’s capabilities. The Gaelic connections of the music are summed up in the touching simplicity of the opening section, in which the soloist’s lament of a fisherman’s wife for her husband lost at sea is played with heart-rending beauty, later contrasted by high-register virtuosity and effective, but sparing multi-phonics.

Michael Ball’s 2002 Concerto for Euphonium and Orchestra is another perfect vehicle for the soloist’s remarkable breadth. Whether in the haunting, free-flowing lyricism and subsequent acerbically-tinged energetic rhythms of the opening movement, the slowly unfolding simplicity and ultimate climax of the slow movement, or the pyrotechnics of the Finale, David Childs dispatches all with disarming ease that one can only marvel at.

The musical empathy and enjoyment of the BBC Philharmonic is aided throughout by conductor Ben Gernon, whose own roots as a tuba player in the NYBBGB make him the perfect alternative to Bramwell Tovey, who conducted Volume I, and who was such an inspiration to the young Gernon during his early years as a budding conductor.

Above all, however, David Childs remains an ambassador for the euphonium without equal.
A musician with a powerful combination of charismatic stage presence, unerring musical instincts, and a sound and completeness of technique that places him in a league of his own amongst his fellow practitioners of the instrument.

This latest, vitally important release provides yet further evidence, as if any was needed, that brass bands and perhaps, even more critically, the wider musical world is very lucky to have him.