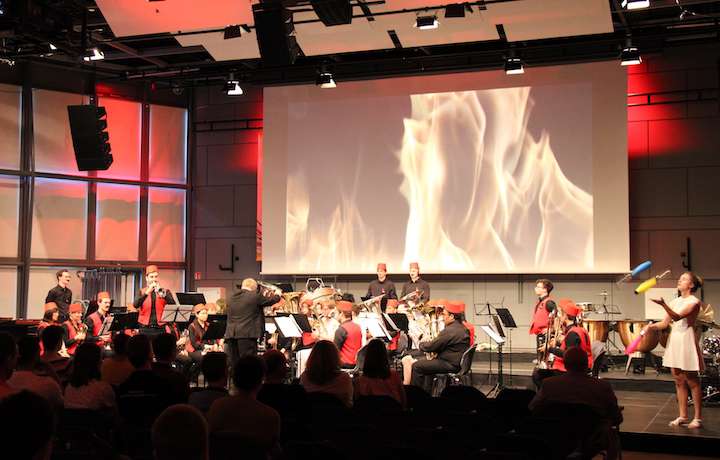 The adjudicators Oliver Chadik, Stefan Ametsbichler, Andreas, Martin Hofmeir and Magnus Hylander awarded the program "Call of the Cossacks" (after the eponymous piece by Peter Graham) a total of 91.75 points. Second place went to the Nordbayerische Brass Band with 85.5 points. Third place went to the Jugend Brass Band PotzBlech with 80.5 points.

Commenting on the win, MD Alexander Richter said: "I am incredibly proud of my band. To deliver such a performance only four weeks after the joint concert with the Jena Philharmonic orchestra, testifies to the dedication and skill of every musician - BRAVO!"