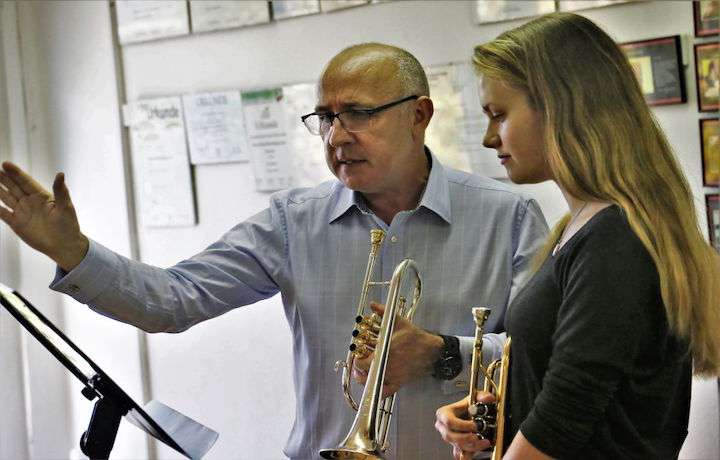 After the great success of the 2016 master class with Adam Frey, the German Brass Band BlechKLANG continued its series, “Jenaer Blechbläserseminare” (Brass Seminars of Jena).

From October 13 to October 15, a master class with renowned cornet soloist Roger Webster, supported by Besson, took place in the premises of the band in Jena, Germany. Twenty-one musicians from all over Germany participated in the master class, which dealt with issues such as dealing with nerves as well as giving hints and tips on individual development. The weekend concluded with a community concert given by the participants, Roger Webster and the Brass Band BlechKLANG.

Alexander Richter, conductor of BlechKLANG, commented on the event: “It was very impressive to see Rogerworking with the musicians and I would like to thank Besson for making this special event possible. I am convinced that with the creation of this master class series we have established something very important for
the development of German brass band scene.”

In reply Roger Webster said: “It was a very intense workshop, but the participants were incredibly dedicated and keen. I hope, I could answer all questions and I wish all the musicians much success in their future individual development!”