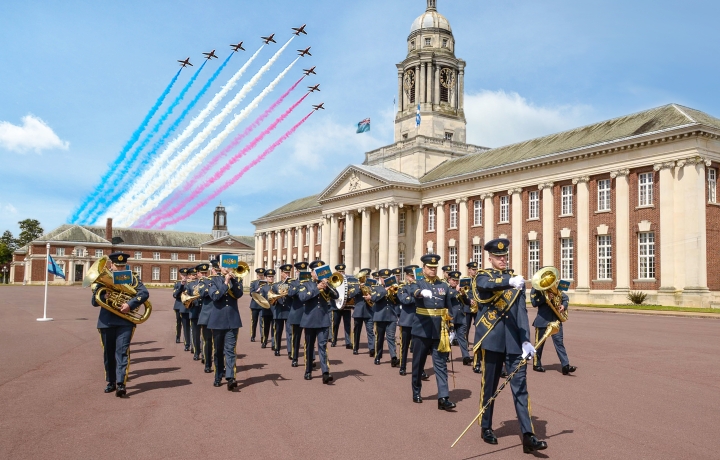 This year has seen the formation of The Band of The Royal Auxiliary Air Force, with the first Attestation taking place at the band’s new headquarters at RAFC Cranwell.

Already at double figures, the reserve musicians have been utilised in support of the Central Band whilst undertaking a tour of Cyprus and have provided personnel in support of The Band of the Royal Air Force College through events such as the Armed Forces Day parades and various Royal Air Force Association concerts. In addition, they are currently taking part in the Charitable Trust Enterprise Royal Air Force in Concert tour, performing at some of the finest venues throughout the UK including Birmingham Symphony Hall, Bridgewater Hall in Manchester and the Royal Concert Hall in Nottingham.