'My first year at Chetham's' 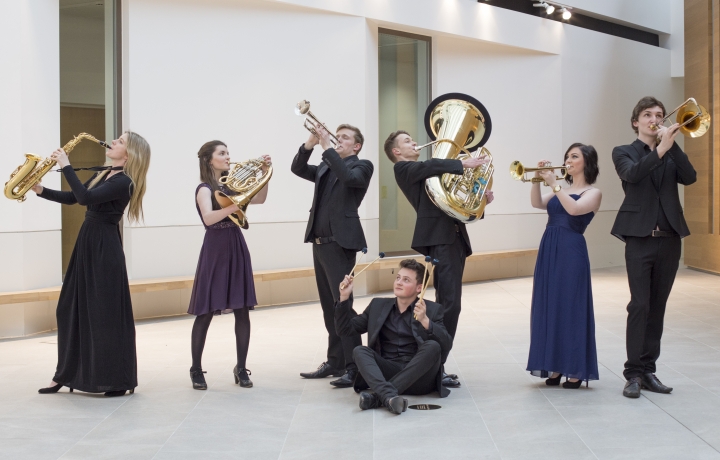 As students at the UK’s largest specialist music school return for a special year marking 50 years of excellence in music education, 17-year-old trumpeter - Holly Clarke from Bolton - reflects on her first 12 months at Chetham’s

During her first year, Holly cheered on fellow brass player, Isobel Daws, who won the Brass Category of the BBC Young Musician of the Year competition, as well as former students Michaias Berlouis and Sam Dye, who appeared alongside her in the category Final. In spring 2017, she was part of a group who travelled to Oslo through a long-term partnership with the Barratt Due Institute of Music and, next month, she will perform in the Nørthern Lights Chamber Orchestra - a brand new ensemble uniting players from both schools.

Lending valuable insight into her first year at Chetham’s, Holly said: “I became a student at Chetham’s School of Music in September 2017. I decided to audition for Chetham’s because I wanted to expand my musical knowledge and concentrate mainly on studying the trumpet. Throughout my first year, I have received great tutoring, particularly from my teacher Tracey Redfern, who continues to inspire and encourage me. The opportunities at ‘Chet’s’ are endless - from performing regularly as a soloist in daily free lunchtime and outside concerts with individual accompanists, to ensemble performances with my brass quintet, big band, brass band and symphony orchestra.”

The highlight of Holly’s year was collaborating with the Barratt Due Institute of Music in Oslo, which included master classes and culminated in a performance of Sibelius’s Brass Septet. She enthused: “I am extremely excited to return to Oslo in October as part of a Chetham’s orchestral project. ‘Chet’s’ has been an incredible place to learn and work over the last year, and I’ve met so many amazing people along the way. Next year, I hope to study at a UK conservatoire and I believe that ‘Chet’s’ has been a perfect stepping stone to help me achieve my goal of becoming a professional musician.”