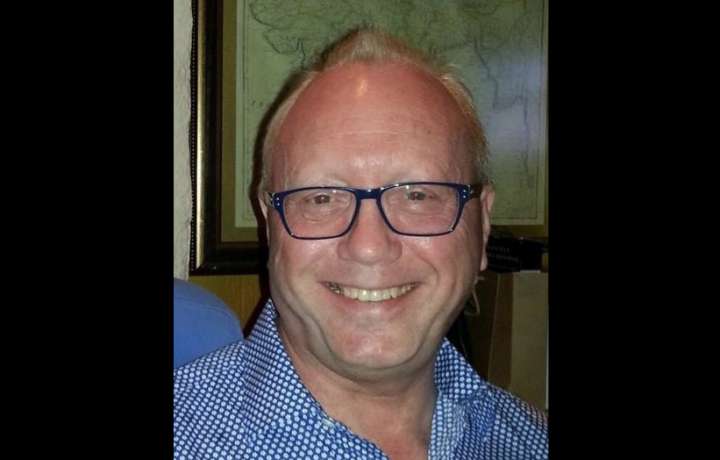 The brass band world last week lost one of its much-loved characters, composers and arrangers in Darrol Barry, who died on 3 June following illness.

Born in Salford in 1956, Darrol auditioned for the school band on cornet when he was 14, but ended up taking an Eb bass home, much to the joy of his mother, father and neighbours! Darrol joined the local brass band - Windsor - soon moving onto baritone and then euphonium.

At school his music teacher, Mr. Foulkes, did some arranging for the band, which Darrol found fascinating. The conductor of Windsor Band, Jack Clayton, also introduced him to the mysteries of brass band transposition and Darrol soon discovered that he had a flair for arranging, also trying his hand at some small compositions. His favourite composer was Eric Ball, but he was soon captivated by the music of Gilbert Vinter and Edward Gregson. When he left school, Darrol became an apprentice joiner, but continued arranging and composing, also teaching himself harmony and counterpoint.

In 1978, he enrolled onto the band musicianship course at Salford under Dr. Roy Newsome, Goff Richards, David Loukes and Geoff Whitham, all of whom helped him enormously. In fact Roy Newsome encouraged Darrol to study with Joseph Horovitz at the Royal College of Music in London, after which he became a freelance composer and arranger for several publishers, including Studio Music, Wright and Round, Bernaerts Music and Obrasso.

Darrol lectured in composing and arranging at Salford University, Barnsley, and Accrington and Rossendale Colleges, as well as conducted and adjudicated throughout the United Kingdom and in Europe at all levels, but it is his music, which touched so many people across the World, for which he will be rightly remembered. With more than 30 test-pieces to his name, one - Divertimento - was set as a Section 3 test-piece for the UK’s Regional Championships of 1990, as well as for the Dutch and Australian National contests in 1995 and 1996 respectively. In a twist of fate, it is also this year’s Section 4 National Final test-piece in Cheltenham. Yet another popular choice - his A Mendip Celebration, was set at the 2004 Dutch National and again as the Section 4 British National Final test the following year.

Darrol will also be remembered for his extensive and excellent light music arrangements by the worldwide brass band fraternity - arrangements such as Best of Bond, I Dreamed a Dream, Backdraft, Back to the Future, Bohemian Rhapsody and Braveheart, along with original solos and duets that include a Concerto for Tuba written for tuba soloist, Steve Sykes.

From movie soundtracks to songs from the shows, Darrol had a great knack for keeping things simple yet effective, and leaves a rich legacy of arrangements and compositions for bands at all levels to enjoy.

In 2002, he became Composer and Arranger-in-Residence for The Royal Guard of Oman - a remit of great variety that involved writing for military band, including bagpipes and symphony orchestra (for which he composed several substantial pieces, including two symphonies) and fanfare trumpets. Despite this creatively challenging remit, he still found the spare time to compose and arrange for brass and wind bands.

Darrol had a dry sense of humour and always had time for everyone. All who knew him, and who had the good fortune to be in his company, will miss him. Not surprisingly, messages of sympathy and love flowed into Darrol during his illness, as well as to his wife and family following his death. His wife, Rachael, issued a special “thank you” for the good wishes that she has received from around the World and says that Darrol’s family is “incredibly humbled by the love shown for him.”

The funeral of Darrol Barry will be held on Friday 29th June at 11:00am at St. Georges Church, Tyldesley, Greater Manchester, M29 8GX.