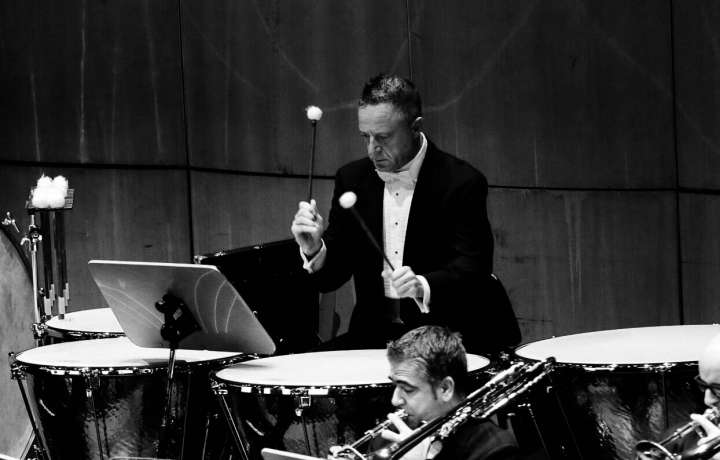 “I grew up in a musical family under the influence and guidance of my grandfather and my dad. As well as being a conductor, my grandfather played the trombone and I recently found out that he also played violin for the silent movies in Tredegar! My father’s side of the family were all involved in music. My auntie was an accompanist for various male voice choirs; my uncle played tuba in Tredegar with my dad and grandfather, and to my knowledge still has a connection with the band, and my cousin, now a freelance trumpet player, started off playing with Tredegar. So music has been a great influence in my family’s life...”