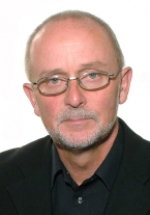 Paul Cosh started playing the cornet with his local brass band in Sherborne, Dorset and was a member of the National Youth Brass Band of Great Britain. He studied the trumpet at the Royal Academy of Music and on leaving developed a highly successful freelance career that involved working in every field of the music profession. He made regular appearances with The Royal Philharmonic Orchestra, The Royal Opera House, The Philharmonia and The London Symphony Orchestra. Paul was a member of the BBC Symphony Orchestra from 1987 till 2005. During his time as an orchestral musician he worked with many of the greatest conductors the world has seen, including, Leonard Bernstein, Claudio Abbado, Ricardo Muti, Sir Simon Rattle, Rudolf Kempe and Gunther Wand.

In the world of rock music he worked with many stars including, Elton John, Diana Ross, Bryan Ferry and George Michael, and played on the soundtracks of such films as Ghandi, Star Wars and Superman 2.

He is a renowned teacher with an international reputation. In his private teaching practice he works with brass musicians, both professional and amateur, to enhance their performing abilities and in his role as a clinician, brings his expertise to bear on the many problems that can beset brass players of all instruments.

He has always maintained his links with the brass band movement and is in demand as a band trainer, conducting workshops and training weekends with bands throughout the British Isles. He has conducted many of Britain’s finest bands, including Desford, Wingates, Kirkintilloch and Parc and Dare and has won Championship section area competitions in London and Wales.