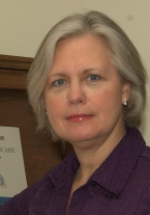 Rita Arendz is a free-lance French Horn player and Conductor. She earned her Bachelor of Music Performance (French Horn) and Master of Music Performance (Conducting) from the University of Toronto. As a horn player, her career has included various ensembles including orchestras such as the Toronto Philharmonia, various wind ensembles including The Queen’s Own Rifles of Canada, shows including Phantom of the Opera, and chamber groups. Her career as a Conductor began with her appointment as Bandmaster of The Queen’s Own Rifles of Canada, later commissioning to Music Officer where she held that position for 15 years. She has also guest-conducted orchestras, wind bands, and brass bands. Rita is the founder of a chamber ensemble “A Little Wind Music”. Her love of brass bands is never far away due to her euphonium-playing husband, so 6 years ago, she began playing Tenor Horn.