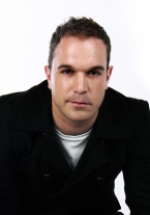 An usual career path has led Nick Walkley to being a musician with an eclectic portfolio as trumpet player, ensemble leader, conductor, composer/arranger, educator and music journalist. Initially trained as an architect before serving as a musician in the British Army, he now operates a busy freelance schedule across Northern Europe and beyond.

Nick was educated at the Royal Academy of Music, London, graduating with distinction from a Master of Arts degree in 2014. This was obtained whilst proudly serving in the Band of the Irish Guards, before promotion to the Welsh Guards as Principal cornet in the same year. He is also a Yeoman of the Worshipful Company of Musicians, and a past beneficiary of both the Countess of Munster Trust and James Watson fund.

Nick is also the leader and founder of the brass ensemble ‘æðelfrìth’, a collective focusing on repertoire from across Northern Europe, specifically with connections to Anglo, Celtic and Nordic cultures. As well as Nick’s arrangements and compositions, the group has premiered work by Michael Berkeley, Simon Dobson, Philip White and Ian Shepherd. It has performed at Ryedale Festival, St Martin in the Fields, St John’s Smith Square, Hampton Court Palace as well as having broadcasted on BBC Radio 3.

Nick’s musical career first took flight with the Flowers Band from Gloucester, joining at the tender age of 13. As a member of the National Youth Brass Band of Great Britain between 2000-2005, he had been well educated as a teenager under the guidance of Elgar Howarth. At the age of 19 he was appointed Principal Cornet of the Williams Fairey band, and later became the bands Soprano Cornet player. During this period he also held principal positions at both Leyland and Yorkshire Building Society bands. Since moving to London, Nick has continued his association with brass bands as a regular guest of both Cory and Grimethorpe bands. With Cory he was guest principal cornet for their 2009 World Music Championships victory in Kerkrade, Netherlands. With Grimethorpe he enjoyed a successful concert tour of Australia in 2015, performing to fully sold-out audiences from Brisbane to Perth.

As a travelling musician, Nick’s career has afforded him opportunities to perform in New Zealand, Australia, Canada, India, Jordan, Ireland, Switzerland, Austria, Germany, Luxembourg and Norway. Landscapes and historical cultures have often fuelled inspiration for Nick’s growing portfolio of compositions and arrangements. Often he enjoys exploring these by foot, mountain bike or sailing boat. In 2014 he completed a solo coast to coast mountain bike ride along the Trans Pennine Trail, raising money for the James Watson fund from which he received support from whilst studying. A gruelling 260 mile ride was completed in 5 days, supported with visits to the Fairey Band, Black Dyke Band, Grimethorpe Colliery Band and instrument-manufacturers Smith Watkins along the route.