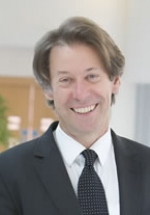 Trumpet virtuoso John Wallace, one of the world’s most brilliant instrumental soloists, occupies a unique international position as a highly and widely sought after performer, educator, ensemble organiser, researcher and original programme planner. The breadth, brilliance and originality of his music making have brought his instrument and brass music to an entirely new, wide audience.

John Wallace was born in Fife, Scotland, where as a young boy he was inspired by the expressive brass playing of the local bands. At the same time he was deeply affected by all kinds of music, and before long he was immersing himself in broad and deep research about many historical and stylistic aspects of music performance, a foretaste of the pioneering research and practical work he was later to spearhead. He read music at King’s College Cambridge and then quickly found that his brilliant trumpet playing placed him in great demand by the top London orchestras. At a very young age he joined the London Symphony Orchestra, but quite soon became the Principal Trumpet of the Philharmonia Orchestra, and it was with that orchestra that his international fame spread as his exceptional articulation, range of tone, imagination and sensitive artistry gained him a unique reputation.

Whilst he was with the Philharmonia Orchestra John Wallace began to receive invitations to play concerti and recitals, and soon he became established as one of the world’s most sought after trumpet soloists. His lively imagination and spectacular virtuosity inspired many contemporary composers to write concerti for him - the list is remarkable and includes Sir Malcolm Arnold, the late Tim Souster, Harrison Birtwhistle Sir Peter Maxwell Davies, Robert Saxton, Dominic Muldowney, James MacMillan and Mark Anthony Turnage. International conductors also invited him to play concerti with them, and they have included Riccardo Muti, Sir Simon Rattle, Neeme Jarvi, Esa Pekka Salonen, Yuri Temirkanov, Giuseppe Sinopoli and Leonard Slatkin.

John Wallace’s broad and eclectic interests led to his creation of a remarkable new brass ensemble which he called The Wallace Collection - not coincidentally bearing both his name and the title of the famous collection of paintings in London’s West End. It is above all with the Wallace Collection that John Wallace has developed his most original and pioneering work, including highly ambitious tours to European, American and Third World countries in which the Collection has initiated interactive educational and performing events with many of the local communities. John Wallace has made The Wallace Collection’s remit a remarkable synthesis of performance, education and research. The ensemble initiates many educational workshops and masterclasses and has embarked on a series of performances and recordings of international brass music through the centuries played on original, authentic instruments. John Wallace has himself undertaken the programme planning and music and instrumental research for all these operations. For the Collection, which he conducts when the participants are numerous, he has carefully handpicked the most versatile, creative and virtuoso brass players : artists who are capable of performing in many different ways and styles as soloists and ensemble musicians and who have a similar outlook on performance, education, research and community interaction to his own. The Wallace Collection has become a highly successful and very busy recording ensemble, with a remarkable breadth and diversity of repertoire.

After nearly twenty years with the Philharmonia Orchestra John Wallace decided to concentrate mainly on his career as a soloist, researcher, educator and director of the Wallace Collection. He continues to give recitals and masterclasses around the world and has taken part in Arts Council tours in the UK and Australia and British Council events in South Africa and Russia. He is currently Principal Trumpet of the London Sinfonietta, and the Head of the Brass Faculty at the Royal Academy of Music in London, where he has instigated a wide range of innovative study combining practical learning with historical instrumental research. He himself is researching the entire history and development of the trumpet for publication by the Yale University Press. He is also co-editor, with Professor Trevor Herbert, of the Cambridge University Press Companion to Brass Instruments.

In 1995 John Wallace was awarded the O.B.E. in the Queen’s Honours in recognition of his services to music. His gentle, modest and restrained demeanour belies the brilliance, erudition, imagination and intellectual force that make him one of today’s most remarkable artists.