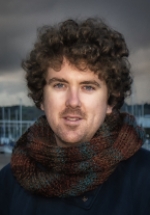 As a conductor Tom began his career with the BTM Band from South Wales. He has since gone on to success as Musical Director of Desford Colliery Band, Associate Conductor of Fairey Band and Musical Director of Bristol’s Filton Concert Brass, whom he has established as one of the UK’s newest championship bands. Alongside colleague Paul Holland, he has also directed the brass band and led conducting students at the University of Salford.

For more information on Tom and his music you can visit www.tomdavoren.co.uk