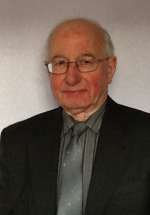 Doug Alcock (b.1943) began cornet lessons with his father at the age of eight and played with his local band, Evesham Town Silver until its demise in the early 1960's. Having joined a local dance band on trumpet at the age of 16, Doug later began playing kit drums for a group called ‘Cats Eyes’, appearing on radio, television and commercial recordings.

He also enjoyed residencies at Cheltenham Town Hall and Malvern Winter Gardens as drummer with the Derek Bruce Showband, and continued to work with Cats Eyes until the group retired from live performances in 2014.

Doug has always been an admirer of brass bands, and since his early retirement from his occupation in 2001, he travels to all the major brass festivals and contests. Doug is a Life Patron of Black Dyke Band and follows the Flowers Band from Gloucester very closely.