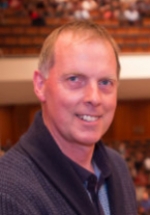 My formative brass band years were spent in the Whitburn Junior Band, before progressing to the 'big band' and a National Championships Royal Albert Hall debut aged 14. Although Whitburn was a good band 'north of the border', it was only with the appointment of Major Peter Parkes that it made a mark on the international stage and I have fantastic memories of two 3rd place finishes at the 'National' and six top-4 placings in the European Championship during my time with the band.