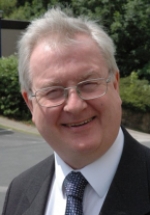 Dr. Rodney studied at the Birmingham School of Music (now the Birmingham Conservatoire), then joined the New BBC Orchestra in Bristol as a percussionist, during which time he wrote music for the BBC World Service. He went on to become principal timpanist of the Sadler's Wells Opera (now the ENO). In the 1970s he formed his own ensemble, the St Martin's Lane Ensemble.

Since leaving the ENO he has been a composer, arranger, musical director and music consultant, working on many high profile films and television series including King David (Paramount), The Butterfly Effect (Fernando Colomo) and The Wicked Wicked West (CinePics) and television series including The Living Isles, The Pyrates, The Watch House and Lucinda Lambton's Alphabet of Britain (BBC TV) and Korea - the Unknown War (Thames TV). He also assisted the film composers Carl Davis, Wilfred Josephs, and Edward Williams.

Rodney's own works include thirteen symphonies, five string quartets, chamber works and vocal music receiving a commendation in the 1975 Prince Pierre of Monaco composers' competition. He worked in music publishing and has been long associated with British music, having worked closely with composers Simon Bainbridge, George Lloyd, Edwin Roxburgh and Robert Simpson, and has also prepared performing editions of major works by Granville Bantock, Havergal Brian and Gustav Holst among others.

His higher education career has included teaching in the Commercial Music Course of the Royal Academy of Music and running a postgraduate degree course in film music at the London College of Music.