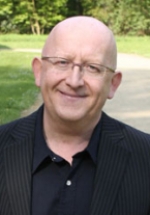 Englishman Steven Mead (B.1962) needs no introduction to brass enthusiasts around the world as his playing and teaching have become known to virtually all who have a love for the instrument known as the euphonium.

As a soloist his career as a professional solo performer continues to break new ground. With over 75 solo performances a year his relentless schedule sees him touring almost constantly.

This remarkable solo career followed on from the successes he achieved as a member of several of the UK’s leading brass bands. Nowadays he travels constantly and performs regularly with some of the finest brass, wind and symphonic ensembles in the world.

As a soloist he has played with most of the leading brass and military bands in the world including Band of the Garde Republicaine (Paris, France) The Central Band of the RAF (London, UK) The Italian Police, Carabinieri, and Army Bands (Rome, Italy), The Dutch Marine Band (Rotterdam,Netherlands) The US Army Band (Washington DC, USA).

He has been described as one of the world’s most recorded solo brass artists with over 65 CDs produced since 1990!

He is the owner of a music label, Bocchino Music which now produces and distributes his albums.

As a teacher he is Professor of Euphonium the Royal Northern College of Music, in Manchester UK and also at teaches at several specialist schools across Europe, and in Japan. He has been responsible for the first ever euphonium masterclasses in Italy, Portugal, Lithuania, Slovenia, Russia and Austria. Students from all around the world come to study with him the UK and many of them have gone on to enjoy top professional careers. He has recently been awarded the Fellowship of the RNCM for his services to this prestigious institution.

As a designer Steven has been an artist and clinician, and now Ambassador for Besson (part of The Buffet Group) for many years, being involved with testing and the development of new instruments. Also he has been responsible for the design and development of the Steven Mead series of brass mouthpieces and mutes with ‘Denis Wick Products’, with whom he is an International Ambassador.

Many commentators suggest it is Steven’s  vocal background (from the age of 6) that is responsible for the truly unique beauty of his euphonium tone. The rich expressive approach to musical performance has been admired by professional musicians around the world and as a result Steven is performing increasingly with orchestras and chamber ensembles in addition to brass and wind bands.

His concerts and recitals are hallmarked by a unique communication between artist and audience.