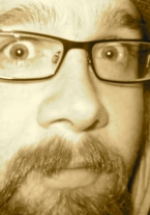 Paul McGhee is an award-winning composer who was born in Corby, Northamptonshire and studied at the Royal Welsh College of Music and Drama. He has had his music played throughout the world at concerts, festivals, competitions and has been recorded on CD’s and broadcast on radio.

Paul is a twice-nominated BASCA British Composer Award nominated composer and was the 2012 EBBA Composition Competition winner. As an advocate for new music he is constantly looking to expand the sonic capabilities of brass bands.