CD: Gregson Music of the Angels 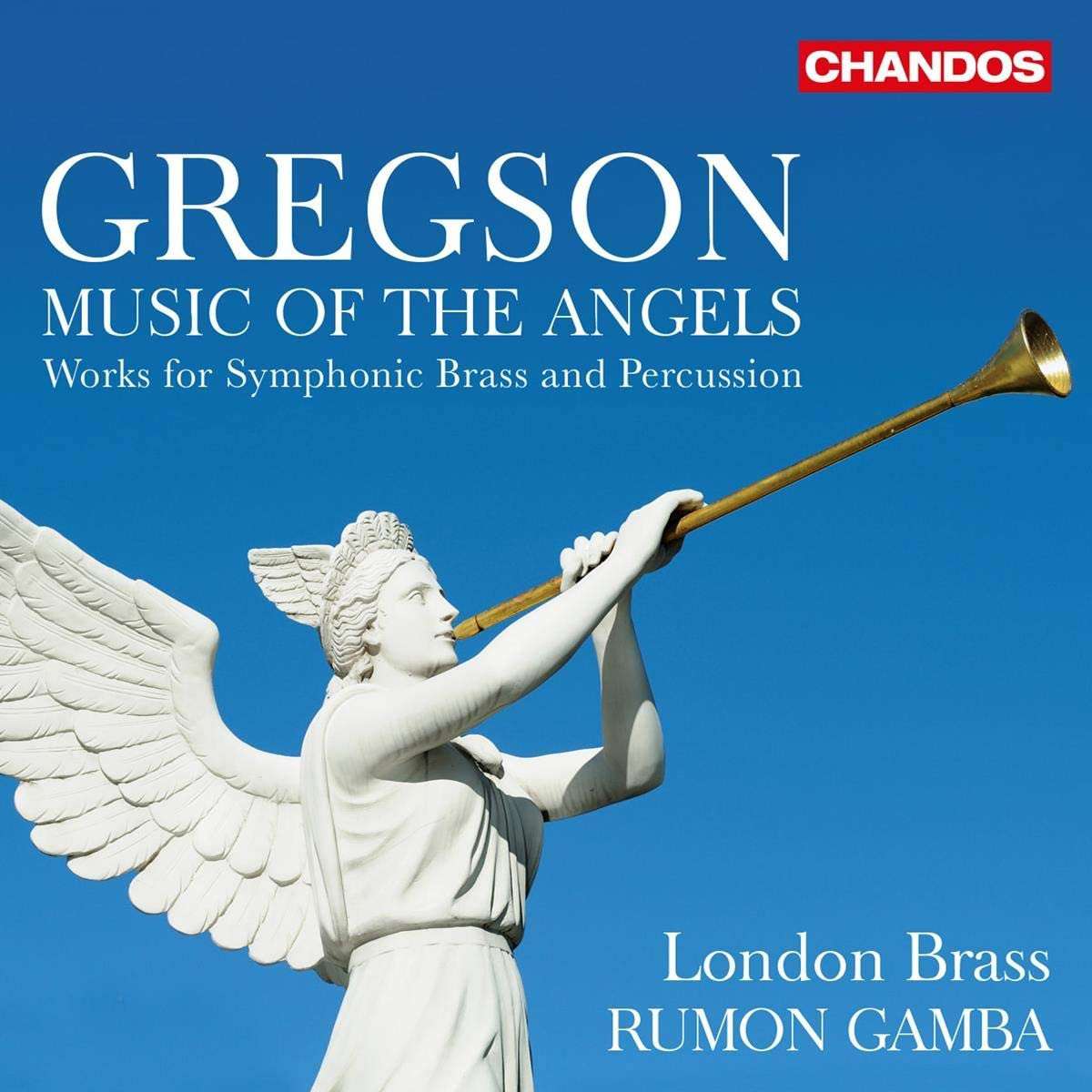 I will set my stall out right away by saying that this is a remarkable disc on every level. In performance terms, it is a Herculean feat that Edward Gregson and Chandos were able to gather together the cream of London’s premier brass players in the form of London Brass, augmented by luminaries like Philip Cobb, David Childs and James Fountain. Never will you hear brass playing of greater commitment, technical assurance and sheer intensity of performance. Add to that the customary Chandos qualities of production and engineering, and the result radiates sonic splendour.

Six ongoing volumes of Edward Gregson’s works for brass band are already admirably served by the Doyen label, hence one of this recording’s unique factors is its focus on the composer’s works for symphonic brass and chamber forces. The earliest pieces, including the Quintet for Brass and Three Dance Episodes, were written whilst Gregson was still in his twenties (the ‘Quintet’ was his graduation piece at the Royal Academy), yet display a thoughtfully-distilled creative completeness for one so young. Beautifully crafted and instilled with many of the melodic, harmonic and rhythmic fingerprints of the composer’s later works that make them recognisably Gregson, the pieces also impress for the freshness and vitality with which they still resound 50 years on.

Threaded between the more substantial pieces, and no less impressive in their satisfyingly taut control and structure, are several miniatures. Three are essentially fanfares that display a level of interest belying their brevity, whilst at four minutes the haunting and deeply-felt Aria for Philip is an initially distantly thoughtful memorial to Philip Jones that evolves into a final paean of praise for a life lived for music.

It is, however, the Symphony in Two Movements and Music of the Angels that tower over this disc in all of their craggy, majestic splendour. One senses that both pieces represent the composer at his most personal – writing free from creative shackles and with a rigorous intellectualism used to freely display his feeling of creative liberation. In this respect, it is the ‘Symphony’ above all that nails its flag firmly to the mast as arguably Gregson’s finest utterance for brass. It is a work of monolithic power and architectural command that is as gritty as it is majestic in its granite-hewn and occasionally austere sound world. Black Dyke’s recording of the brass band version is certainly impressive, but this performance by London Brass brings a whole new dimension to the piece, the players responding to Gregson’s gloriously deft scoring and invention with a performance of breathtaking detail that can safely be regarded as definitive in its searing energy and insight.

For something away from the brass norm, look out for several new releases of Gregson’s chamber music on the Naxos label later in the year. Meanwhile, there could be no more fitting a celebration of Edward Gregson’s 75th birthday than this disc, which simply cries out to be heard and should take its rightful place in the music collection of every lover of brass music.