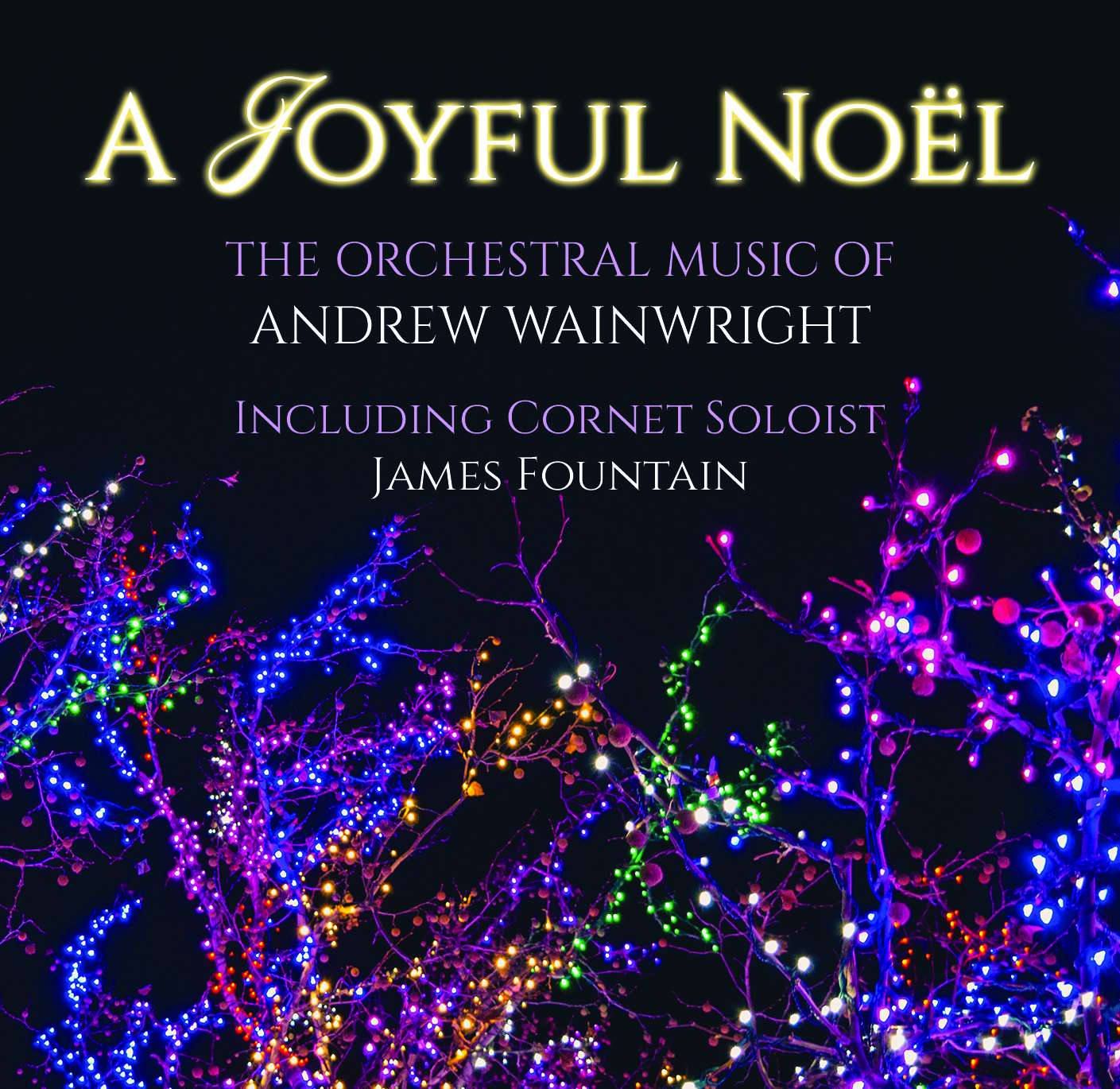 In its excellently presented booklet notes, we learn that away from music, composer Andrew Wainwright is the co-creator of Arsenal Football Club’s mascot, Gunnersaurus Rex – an impressive accolade, but one that pales into insignificance when compared to the extraordinary compositional content of this yuletide release.

Andrew has garnered a reputation as one of the brass band movement’s exciting young voices, but here he spreads his wings, showcasing the fruits of a connection established with the Elgin Symphony Orchestra and its conductor, Stephen Squires, back in 2015 when the US-based Orchestra first commissioned him for its annual Magical Holidays concert series.

From the outset, it is important to point out that, whilst a remarkable acoustic guest soloist can be heard on two of the 12 tracks, the rest of the album is produced entirely using digital sounds, mixed and mastered by the composer. Although this format serves as an accurate representation of the composer’s intentions and is certainly an impressive technological feat, the lack of live musicians is disappointing. Of course it is somewhat understandable, given the global pandemic we’ve been living through during the past nine months, but if there is to be a future for freelance musicians post-Covid-19, it is hoped that this low budget method of classical audio production will not become the norm.

So, to the music itself. Based on the traditional carols, Joy to the World and The First Noël, a majestic brass fanfare opens the Celtic-infused A Joyful Noël before we cross the Atlantic for Canada’s oldest carol, ‘Twas in the Moon of Wintertime. Also known as the Huron Carol, this skilful arrangement perfectly portrays an ethereal quality that could be representative of a Canadian winter’s landscape.

A Christmas Fantasia, originally premièred in 2010 by the GUS Band, is a real tour-de-force in its orchestral setting, but it is the following track that provides one of the highlights of this release, How can I Keep from Singing? Together with In the Bleak Midwinter, this track sees the London Philharmonic Orchestra’s star principal trumpeter, James Fountain, demonstrating his trade-mark lyricism and glowing cornet tone.

Spanish Dance, based on the ancient Spanish carol Riu Riu Chiu, is a real foot-tapper and provides great contrast with the Irish Wexford Carol, before Christmas Processional builds to a majestic climax, triumphant in its jubilation. The composer’s colourful scoring continues through The Ukrainian Bell Carol, Silent Night and Benedicamus Domino, with an ingenious Twelve Days of Christmas bringing the disc to a close. If the composer’s beloved Arsenal displayed this level of invention on the football pitch, a return to the club’s halcyon days would not be far away!