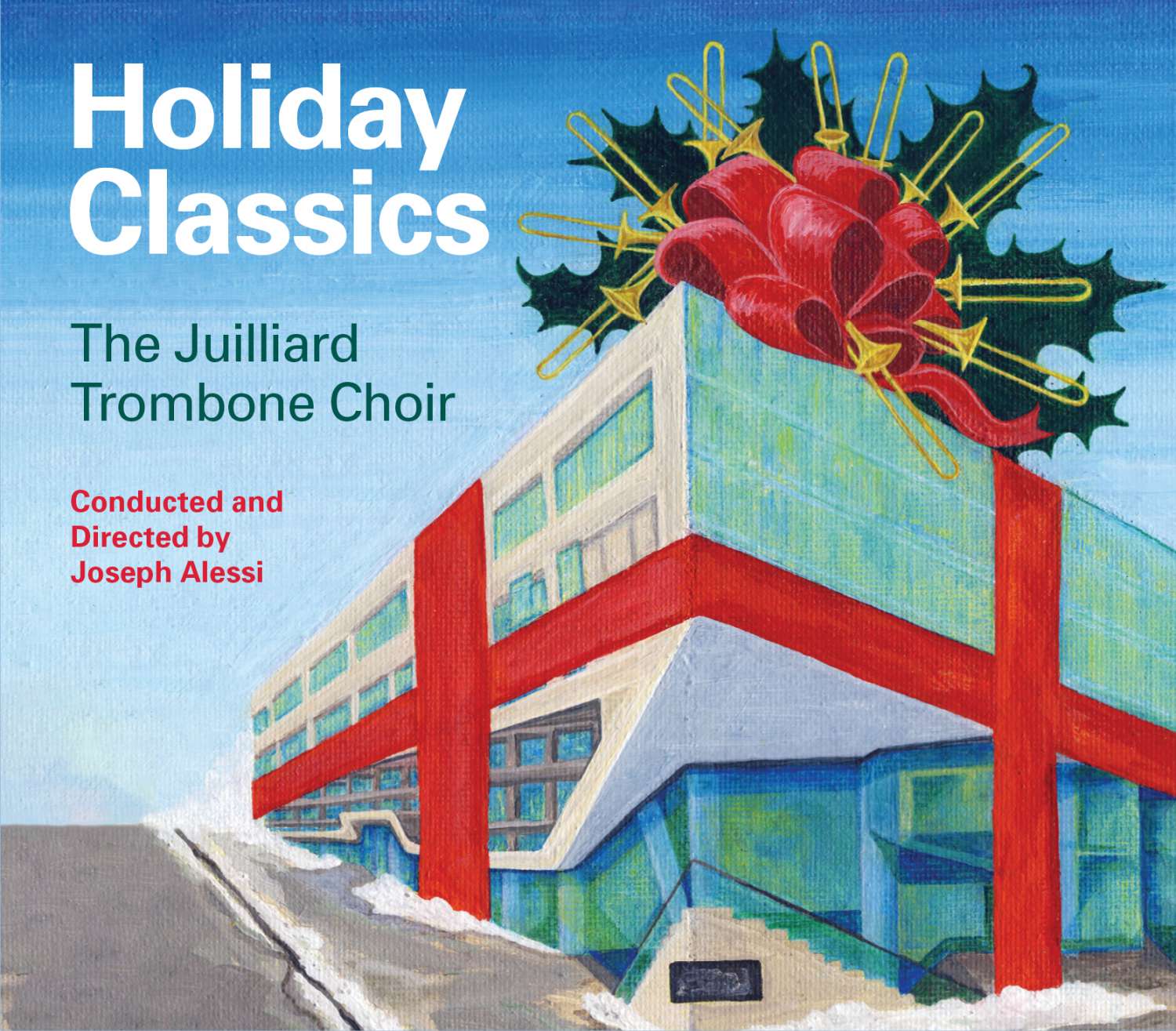 This year’s heap of Christmas albums is smaller, but with this release from a world leader in performing arts education, Juilliard has gifted us with bona fide quality, decking the halls with 19 sparkling Christmas tracks from its flagship festive Trombone Choir.

Conducted and directed by trombone royalty, Joseph Alessi, this Christmas cracker of a CD rings in the holiday season with A Caroller’s Fanfare, an original flourish of exciting colours and textures in which composer and bass trombonist, Ehren Valmé, makes full use of the 12-piece ensemble’s sonic capabilities.

Bobby Helms’ Jingle Bell Rock is the first of many tracks to not only showcase an ensemble on fine form, but also the work of Robert Elkjer, an imaginative and skilful arranger in sync with the idiomatic characteristics of the trombone choir. The festive tale of a toy soldier that comes to life has been subject to some radical retellings over the years, but it's the music of Tchaikovsky's Nutcracker Overture that has endured and is heard on this disc in a Duke Ellington inspired setting. Three Carols for Twelve Trombones provides a perfect example of the ensemble’s chameleonic qualities in varying tone colour and style at the drop of a hat, something Joseph Alessi himself demonstrates in abundance through his inestimable solo contributions.

As you might expect from the New York Philharmonic’s principal trombonist, upbeat cameos in Feliz Navidad and Winter Wonderland are jaw-droppingly impressive, but it’s the soloist’s innate lyricism and tone, as pure as the driven snow, that make his performances so engaging. I’ll Be Home for Christmas and Christmas Time is Here reveal a master crooner, but it’s Alessi’s treatment of Have Yourself a Merry Little Christmas that provides the undoubted highlight of the disc.

Good King Wenceslas, Silent Night and We Three Kings are heard in arrangements from the pen of Tommy Pederson, who incorporates some delightful bell effects, enhanced by a well-balanced ensemble built on a wonderful bass trombone foundation. Virginia Allen’s Hanukkah Medley can’t help but bring a smile to the face, as is the case for many of the other tracks on this exceptional release.

Wagner’s Prelude to Act III from Lohengrin proves inspirational for Rudolf the Red-nosed Reindeer and, after the hijinks of Leroy Anderson’s Sleighride, the precision with which Pachelbel’s Magnificat is despatched is quite remarkable.

With such familiar festive fare on display, it would have taken a Christmas miracle for the Juilliard Trombone Choir and even the legendary Joseph Alessi to make this disc sound fresh and innovative, but I guess it’s that time of year! Through some stunning playing and superb arrangements, they may just have prised away Michael Bublé’s icy grip on the festive season in this house!