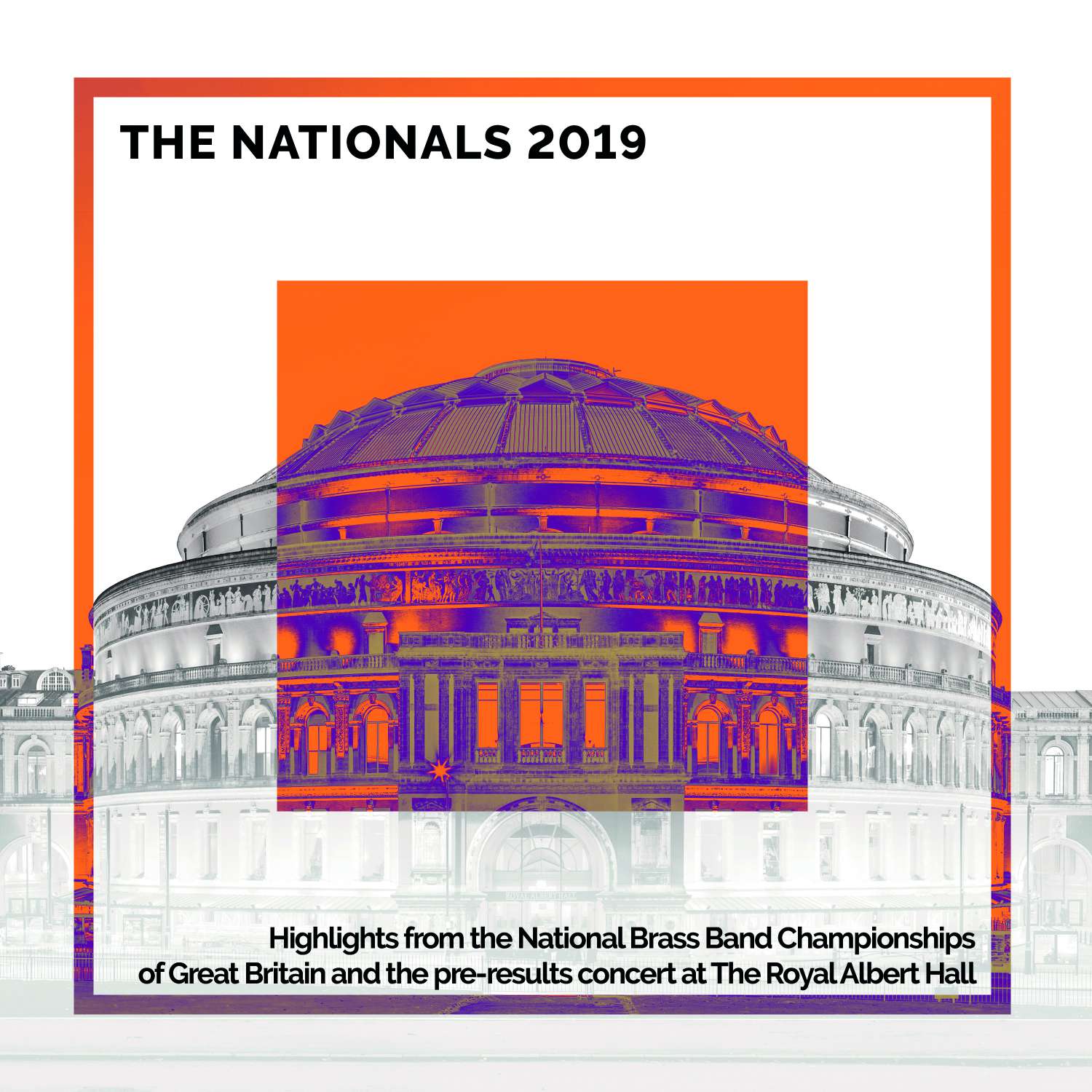 THE NATIONALS 2019
Highlights from the National Brass Band Championships of Great Britain and the pre-results concert at the Royal Albert Hall
Bands and conductors: Various
World of Brass
Buy this CD here!

Last month, Cory was crowned National Champion again, completing a remarkable year on the contest stage that has seen it win each of the five major contests it has entered over the past 12 months. For those fortunate to have been present at the Royal Albert Hall on 12 October for the National Finals, this is a chance to relive what was a truly memorable performance of Herman Pallhuber’s tour-de-force Titan’s Progress and, for those who weren’t there, it is an opportunity to hear, in the comfort of your own home, what many critics have described as one of the finest contest performances in living memory.

Four weeks prior to that event, the Lower Section Finals had taken place in Cheltenham and there was an international flavour to the test-piece selections, with two recent works from France and the USA (Viking Age by Thierry Deleruyelle and Beecher Variations by Stephen Bulla respectively), in addition to two revivals of music from the 1980s by two leading figures from the UK (Occasion by Edward Gregson and Endeavour (Australia 1788-1988) by Philip Sparke). This CD is also a demonstration of the high level that was achieved by each of the winners of sections 1 to 4, with Unison Kinneil (Leigh Baker), South Yorkshire Police (Leigh Baker), Uppermill (Dean Redfern) and Tewit Silver (Martin Hall) winning their respective sections.

A welcome addition to the CD is the selection of highlights from Black Dyke’s Gala Concert, which took place prior to the results at the Royal Albert Hall, shortly before the band was announced as runner-up. Richard Marshall is in fine form in Percy Code’s classic caprice for cornet, Zelda, which gives the chance for the soloist to demonstrate his artistic brilliance and finesse. Also included is Black Dyke at the Movies, a collection of three short highlights from film scores, including Harry Potter and For Your Eyes Only, skillfully welded together by Andy Wareham. The latter features Black Dyke’s own ‘Bond girls’ Zoe Lovatt-Cooper, Siobhan Bates, Alison Childs and Sammy Latus (horns) and Katrina Marzella (baritone).

With informative sleeve notes by Paul Hindmarsh and an attractive CD booklet by Mango Design, this is a well put-together project and a fitting souvenir for what was a fine year of performances at the British National.