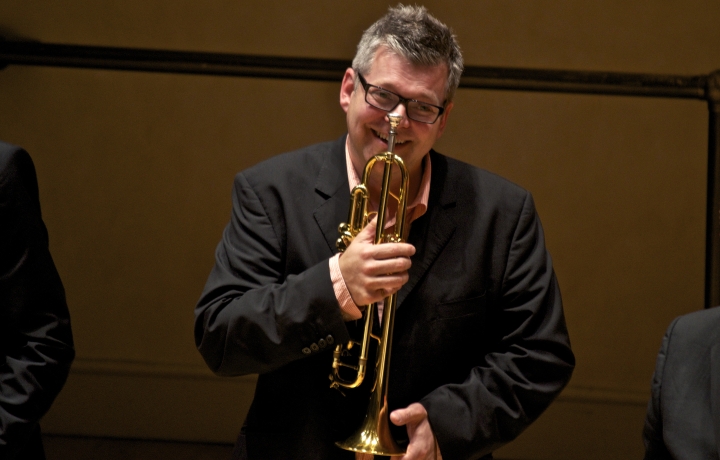 Black Dyke Band has appointed Gareth Small, Principal Trumpet with the Hallé Orchestra, as Artist-in-Association for 2016. Gareth will work with the band on a number of projects including solo performances, workshops and master classes for personal development within the cornet sections of Black Dyke, the Yorkshire Youth Band and the West Yorkshire Music Hub.

Following his first public appearance with the band at The Sage, Gateshead, for a performance of the Arutiunian Trumpet Concerto, an exclusive interview with Gareth will feature in the next edition of Brass Band World.

This new initiative is supported using public funding by the National Lottery, through Arts Council England.