Ewan Easton takes the helm at City of Chester 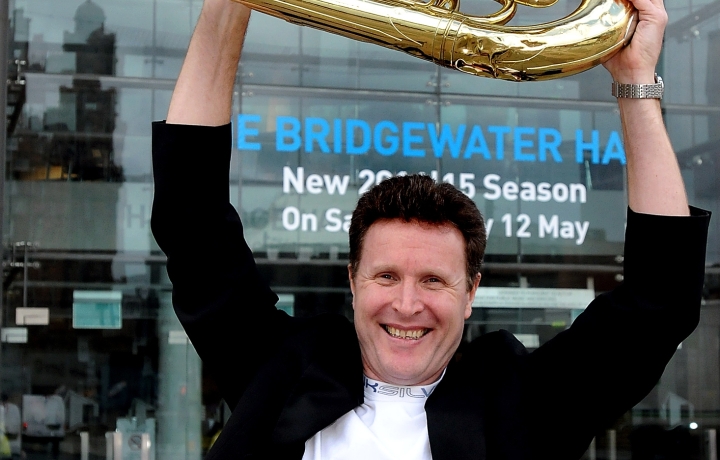 The City of Chester Band is delighted to announce that Ewan Easton, Principal Tuba with the Hallé Orchestra, has agreed to work with the Band as Musical Director. Ewan Easton studied at the Royal Northern College of Music (RNCM) before spending 19 years with the Ulster Orchestra. Ewan currently teaches at the RNCM where he is Tutor in Tuba. He also works as a conductor, arranger and adjudicator.

In his younger days Ewan played at the highest level in British brass bands, as a member of the Brighouse and Rastrick Band but it’s working with community-based bands, where the emphasis is on commitment as much as technical prowess, that Ewan gets most satisfaction. Whilst working in N. Ireland Ewan joined a band comprising just 18 players. Within 4 years membership had increased to 75 playing in different ensembles serving age and ability. Ewan looks forward to working with the City of Chester Training Band in encouraging people of all ages to play a brass instrument.

Anyone who is interested in learning to play a brass instrument should contact Tony Blain on 07913109951. More experienced players should contact Kate Harland by email using the following address, krhartland@hotmail.com