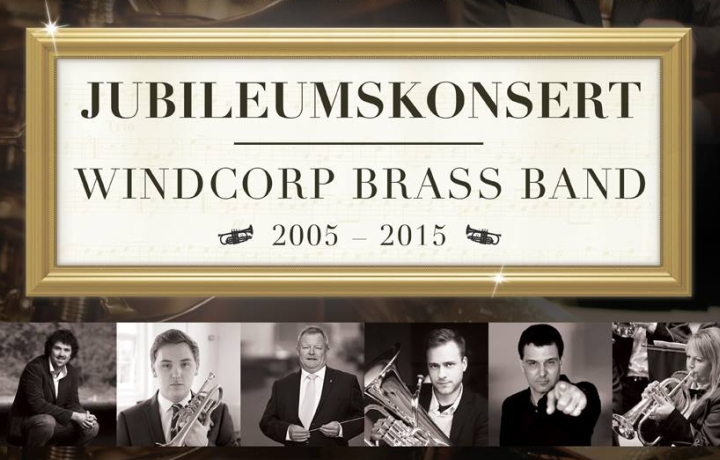 Reigning Swedish National champion Windcorp Brass Band is celebrating its tenth anniversary this year and marked the occasion with a special gala concert evening in Gothenburg on November 7th.

Professor Garry Cutt was the Musical Director for the evening, who is no stranger to the band, having led them to victory four times at the Swedish National Championships, and will be aiming to secure a fifth title later today!

The Maestro was joined by his wife Lucy, who performed as guest soloist, alongside euphonium virtuoso Glenn Van Looy.

Another star soloist was the superbly talented James Fountain, Principal Trumpet with the Royal Philharmonic Orchestra. He has been a friend to the band since playing with Windcorp at the 2014 National Championship, when he won the Best Soloist prize.

Sharing the conducting duties for the concert was Tom Davoren who met the band for the first time during a rehearsal weekend this autumn.