Turner passes the baton at Llywdcoed 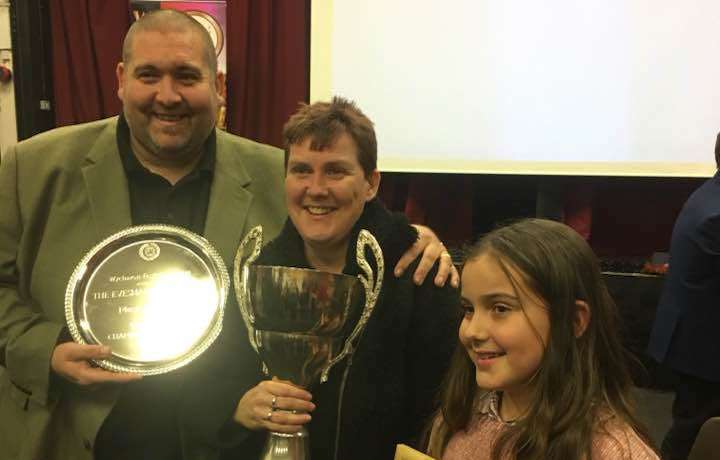 Christopher Turner has announced that he is to step down as the Musical Director of the Llwydcoed Band. During ten years at the helm, Chris has not only over seen the band’s ascension to the Championships Section, but also their first qualification for the National Finals at the Royal Albert Hall. In addition, the band became Championship Section Welsh League, National Eisteddfod and Wychavon Festival Champions, as well as gaining promotion to the British Open Grand Shield.

Commenting on his decidision Chris stated, “I am so proud of what we have achieved together, I wish the band all the best for the future. The yrge to play again has been eating away at me for a few years now. I am excited to see what the future holds with the cornet while I still can. It hasn’t been an easy decision to leave my Llwydcoed family. Thanks to every single player and a massive thank you to Kevin Johnson, the man that made it all work.

Band Chairman Kevin Johnson responded, “It's been a great period in the history of Llwydcoed Band and a privilege for everyone to have worked with Chris. It was a musical partnership based on friendship and he leaves with our grateful thanks and appreciation. He is a great musician and we wish him the very best for the future and we hope to keep in touch as he heads to pastures new.”

The band has also revealed that talented conductor and composer Daniel Hall will take over with immediate effect. “We are delighted to announce the news — and one that came with Chris' recommendation. We have a close connection with Dan and we are looking forward to working with him on a new journey with a chance to explore exciting new projects as well as striving for further success.”

Commenting on his appointment, Daniel said, “I'm delighted to link up with such a forward-thinking group of musicians. I've had the pleasure of working with them in the past and I've long admired the ethos instilled by Chris. I now look forward to working with Llwydcoed alongside my other commitments to Brunel Brass.”