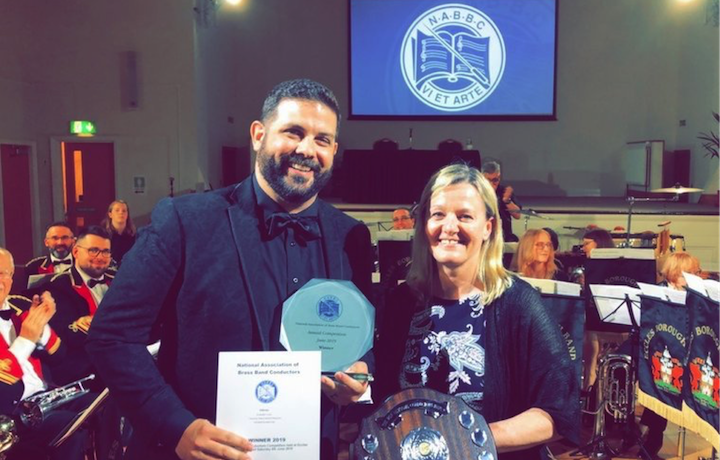 Craig McKenzie became the NABBC champion at the 4thNABBC Competition held at Eccles Town Hall. He successfully won the opportunity to work with the National Champion Foden's and European Champion Cory in the future, beating Bjørn Breistein from Norway into second place with Daniel McLaughlin from the UK placing 3rd.

Commenting on the win Craig stated, "I was delighted to be able to be a part of the phenomenal brass band tradition here in the UK; I was both humbled and awed to win."

Judge Paul Hindmarsh stated, "We were very impressed by the overall standard and delighted to support the NABBC in discovering and developing talented conductors worldwide. Craig’s already very experienced conducting school and college wind bands and we hope that the growing brass band community in the USA makes use of his well honed skills and musicianship."