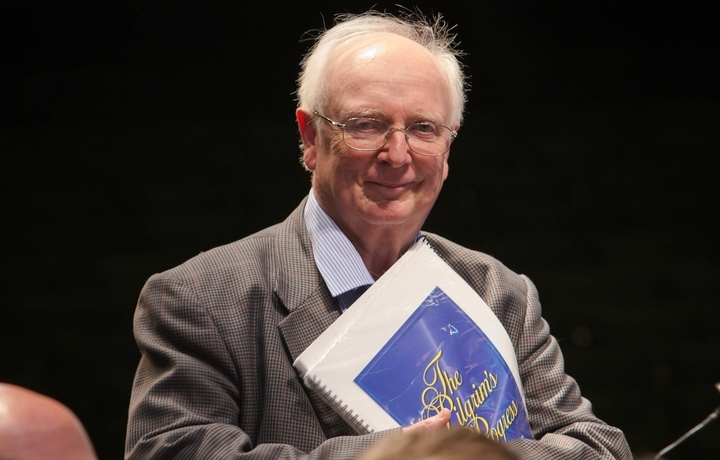 2016 has proved to be an American year for Professor Philip Wilby. After the premiere performance of his epic 'Pilgrim's Progress' in Los Angeles in May, Wilby was recently in Houston, Texas to hear the premiere of his latest new work, a collaboration with poet Ian McMillan.

Wilby told BBW, “Of course, I have loved the last twenty years of my writing career, where I have been immersed in competitive banding in the U.K, but these American trips offer something new. The Los Angeles visit was hosted by the Western Territory Staff Band of the Salvation Army, and was given an electrifying first performance by all five S.A. staff Bands in North America. This latest project was jointly commissioned by the Houston Brass Band, and St Thomas's Church and School choirs, who bring a level of professional church music to the city, rather in line with our English cathedral choirs.”

The new work, entitled 'Merry Chris Mouse' offered the audience a wry glimpse of the Nativity story from a mouse's point of view, and was a big hit with the audience and performers alike. Susan Moore Wescott, Concert Coordinator at St. Thomas' Episcopal Church commented, "What a privilege it was to perform the world premiere of Philip Wilby's new work for a packed sanctuary at St. Thomas'! It was an amazing experience I'll never forget."