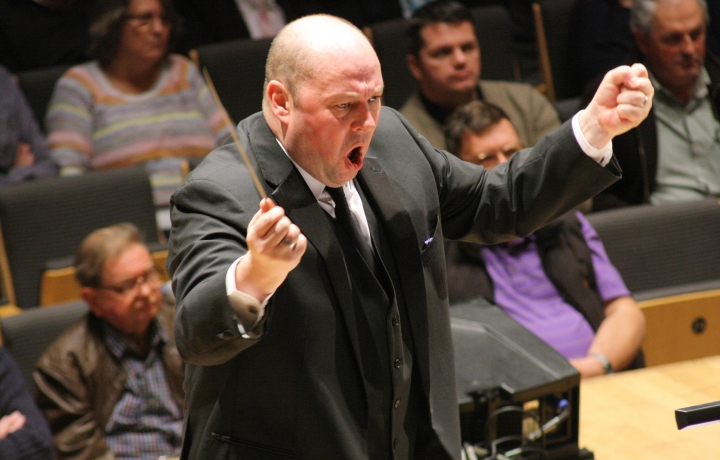 As 2016 drew to a close, Leigh Baker resigned his role as Resident Conductor at Brighouse and Rastrick to become the new Musical Director at Hepworth. Yesterday evening he led the band in its first rehearsal of 2017, later tweeting: "Thoroughly enjoyable first rehearsal as MD of Hepworth with full team and great work rate."

With Hepworth delighted to have securred its new MD, Leigh's departure from Brighouse sparked a frenzy of high-profile player transfers amongst the North of England’s top bands, ahead of this year's contest season.

Brighouse and Rastrick wasted no time in announcing the appointment of Foden’s principal euphonium, David Thornton, as Leigh’s replacement to work alongside the band’s Professional Conductor, Professor David King. On relinquishing his euphonium seat at Foden’s to take up the baton with Brighouse, David Thornton commented: "My thanks go to Foden's. It certainly wasn't my intention to make my stint as their solo euphonium so short, but opportunities must be taken when they arise.”

A player of David Thornton’s calibre is always difficult to replace, but it is hard to imagine Foden’s could have done any better when Black Dyke’s star euphonium player, Gary Curtin, was announced as his successor. Gary told BBW: “Foden's is very close to where I live and, when the vacancy arose, I decided that it was the right time to make the move. My time at Black Dyke will stay with me forever and I’d like to thank conductor, Nicholas Childs, and the band’s members for their support over the last six years. However, I’m now looking forward to becoming part of Foden’s Band.”