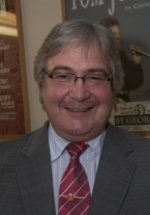 Dr. Robert Childs is a leading figure in the world of brass music. For over thirty years he performed at the highest level giving solo performances in many of the world’s most prestigious venues. He has given masterclasses throughout Europe’s finest conservatoires and is now recognised as a leading education specialist.

In 2002 Robert was awarded a Doctorate in Musical Arts from the University of Salford and is also an Associate of The Royal College of Music and Fellow of The London College of Music. Robert gained a Masters Degree with distinction from University of Leeds, holds a Post Graduate Certificate in Education from the Open University and in 2007 his remarkable achievements were recognized by the Worshipful Company of Musicians when he was awarded the prestigious Iles Medal. In 2008 Robert was given ‘Freedom of the City of London’ and also received the prestigious John Edwards Memorial Award by the Welsh Music Guild for outstanding contribution to Welsh Music.

Having relinquished his position as Musical Director of Cory in 2012, he returned to Black Dyke, sharing conducting duties with his brother Nicholas, before accapting the position of Principal Conductor and Director of Music at Grimethorpe Colliery Band in 2014. This was an offer he couldn’t refuse, with Robert stating, “Grimethorpe was the first top band I played solo euphonium for in the 1970s and they are probably the most famous band in the World.” During his first year with Grimethorpe Robert led them to a record breaking 16th victory at the international Brass In Concert Championships at The Sage, Gateshead, and in September 2015, directed the band to its fifth British Open Chamionship title at Symphony Hall, Birmingham - Grimethorpe's first victory at the contest in 25 years.

As an educator, Robert is pre-eminent in his field. He is now an Honorary Felllow of the Royal Welsh College of Music and Drama, where he is also Director of Brass Band Studies; he is a visiting Professor at Tokyo's Senzoku Gakuen College of Music; Chairman of the National Youth Brass Band of Great Britain organisation; advisor to the Harry Mortimer Trust; Musical Director of both Woodfalls Band and the North American Brass Band Summer School, and Managing Director of Performing Arts in Education.